Reflections of the Lord Mayor has offered the Worshipful Company of Glaziers and Painters of Glass an opportunity to invite the Livery’s artist members, members of the British Society of Master Glass Painters (BSMGP) and members of the Contemporary Glass Society (CGS) to submit designs for the “Reflections of the Lord Mayor” roundel to be presented at its gala dinner on Monday 13th May 2019.

“Reflections of The Lord Mayor”  is an annual event that gives us an opportunity to celebrate the vital role of the Lord Mayor of London.  One of the oldest continuously elected civic offices in the world, the Lord Mayor plays a vital part in the life of the City and in supporting UK plc. Each Lord Mayor also supports the communities of our great capital.

Each year since 2014, the organisation invites a past Lord Mayor to speak at a gala dinner about their unique and personal recollections of a year of office in what is one of the world’s oldest elected roles. 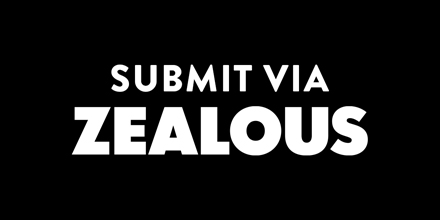 The Roundel designed for Alderman the Lord Mountevans is composed to embody his supportive and progressive role during his term as Lord Mayor. The Lord’s interests are represented with momentous movement and thoughtful symbolism so that his values are not incrementally stated but appear to come alive.

The square mile perimeter of The City of London is sandblasted from mouth-blown red flashed glass. Using the sandblaster free-hand and with a fluid resist, the effects of water effectively translates onto blue flashed glass. These two vibrant pieces of glass are double plated as the centre of the composition. Sandblasting creates a fine semi-opaque texture with many tonal transitions in-between, though further high-kiln firings smoothen and clarify this texture. Gestural strokes of yellow silver stain, applied to the reverse sides, deepen the visual layers while reinforcing further imagery and offering notes of optimism. Certain details are outlined with black paint while others appear to be suspended within the layers; this combination directly relates to the spectrum of defined and variable responsibilities of the Lord Mayor himself.

The golden ships symbolise the Lord’s continuous involvement with various maritime liveries, charities and companies. These vessels sail from the outline of the City of London and it’s overlapping cityscape – England’s financial and resourceful capital – to navigate and reinforce a nation of competent, innovative and empowered individuals. The circulating force of the yellow and blue wave cradles the city, embodies the Earth and carries our influential contributions to the global community.

In the border, certain sandblasted and painted motifs further describe the Lord’s connections to The House of Lords, The Goldsmiths and The Wheelwrights liveries, and highlight once again the history between The City of London and of England. This Roundel is designed to be a platform for Alderman the Lord Mountevans to reflect on the positive tides he set in motion and to give him cause to revel in tranquil contemplation.

Julia’s design is powerful, bringing movement, depth and freedom in its interpretation of the Lord Mayor’s achievements – “the positive tides he set in motion”. The judges particularly liked the design’s sense of engagement, a vortex almost, pulling the viewer in and offering a glimpse of Lord Mountevans’ energy, interests and responsibilities.

Chair of the Judging Committee

There is a fixed budget for the winning artist. The price paid for the completed roundel and the design will be £750 plus VAT. The winning artist will be invited to attend the gala dinner and presentation, as a non-paying guest, on 13 May 2019 in London. While no extra payment will be made for this attendance, modest travelling expenses may be met, on an application. The fee for designing and then producing the roundel reflects the fact that this commission provides an outstanding promotional opportunity for the winning artist, within the City of London and beyond.  The agreement for the production of the completed roundel on the due date, according to the confirmed design and for the set payment, will be between “Reflections of the Lord Mayor” and the winning artist only.

All entries should be submitted by email to the Glaziers’ Clerk ([email protected]) no later than 2359 on Friday 08 February 2019. The commissioning organisation expects to make its decision by Thursday 28th Februray 2019 at the latest and the artist whose design has been chosen will be notified by email on, or shortly after, that date.

The submitted designs will be judged, and the winner chosen, by the Reflections of the Lord Mayor team including Helen Whittaker MA, FMGP, senior artist member of the Glaziers’ Livery Company and Chair of the Judging Panel; glass artist Julia Gonyou who won the 2018 LMReflects Roundel Competition; Suzanne Philips, Trustee of Glaziers Foundation; Pamela Kember-Tong, Head of Arts and Learning, Asia House; Caroline Wright, Appeal Director of the Lord Mayor’s Appeal; and founder and host of “Reflections of the Lord Mayor”, Christopher Seow. The judges’ decision is final. The client (Reflections of the Lord Mayor) reserves the right to query aspects of the design with the winning entry and negotiate additions/amendments with the artist, if required. In keeping with the client’s commitment to encourage the art and craft of stained glass, submission are welcomed from students, new and emerging practitioners, as well as from more established artists. The opportunity to capture and depict the spirit of the Lord Mayor as set out in this design brief is open to all members of the BSMGP, CGS and artist members of the Glaziers’ Livery Company.  It will not be possible to notify unsuccessful entries individually of the outcome – but the name of the person winning the commission will be posted on social media by the Glaziers Livery Company and on “Reflections of the Lord Mayor” website in due course.

Delivery of the finished roundel must be made to The Clerk of The Glaziers’ Livery Company (FAO: LMReflects2019) by Friday 26th April 2019 at the very latest. The roundel will be presented at a gala dinner and awards ceremony in London on Monday 13th May 2019.